She Got That Jive

While he’d headed north to Memphis in the late 1920s, when he was in his early 20s and settled in Chicago in the late 1930s (Dahl), this 1977 outing is still soaked in the Mississippi mud of his rural birthplace.  It’s just dripping with it. 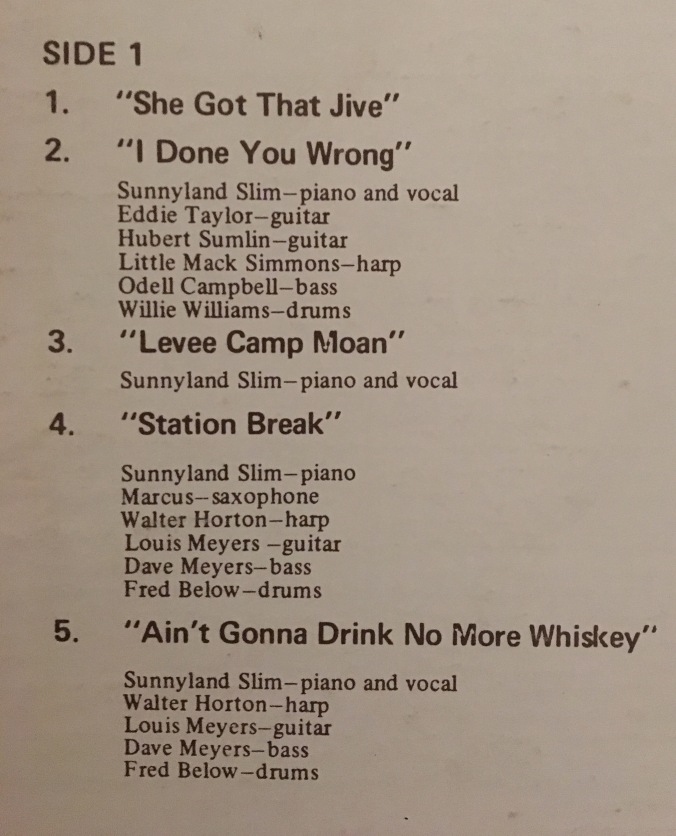 While he played with on countless classic Chicago blues dates and played alongside nearly every Chicago blues legend, and had in fact released plenty of his own sides, he never really became a household name for the casual listener.  Eventually he set up his own label, Airway, which released this set.  Likely they didn’t have all the latest studio technology and that just helps give this recording some nice basement sound that fits the blues like an old piano in the corner. 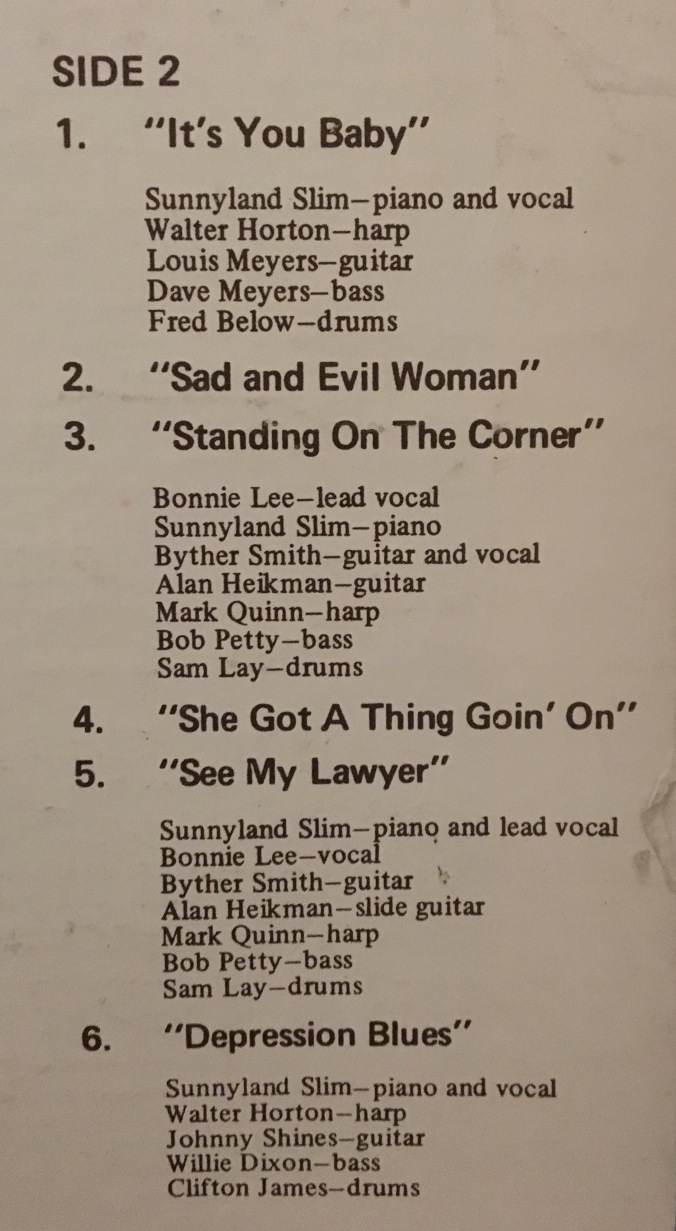 Mostly Slim and the band stick with slow and mid tempo numbers but get the thing chugging along like a fast train on the instrumental “Station Break.”  Along with the piano, Slim offers vocals on most of the cuts, Bonnie Lee lending her pipes to “Standing on the Corner.”  Fans of electric Chicago blues will likely find plenty to enjoy on this set.