Debut long player from the Doctor, the Night Tripper, produced and partially written by the legendary New Orleans native Harold Battiste, acid R&B, slow-crawling psychedelic nightmares, creeping from the swamps of Louisiana, cooked up in the Gold Star kitchens of the City of Angels, pots and pan acid batch bubbling voodoo, American as gumbo stew, jumping up on second-line hind legs for the “Jump Sturdy” strut down the street…tribal and influential, essential. 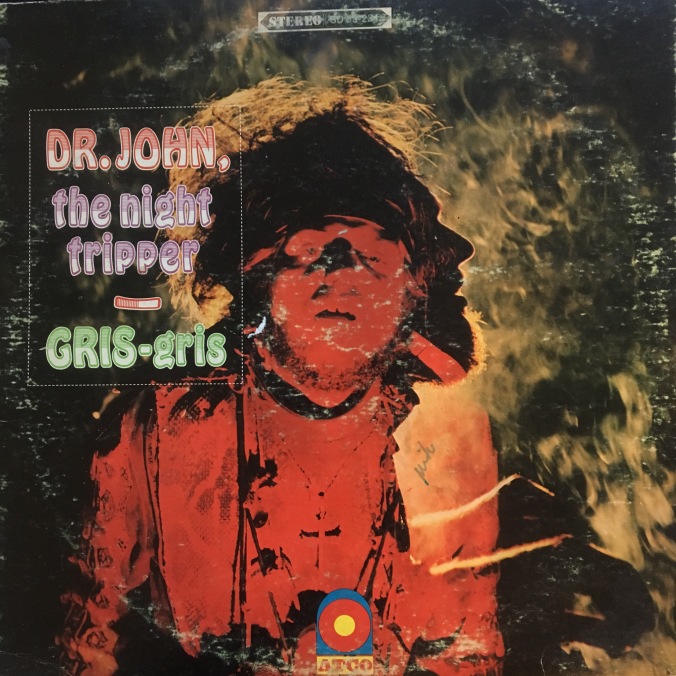 Almost not released by Atlantic and mostly ignored by the public (but likely noticed by the avant-garde element of LA who likely had influenced the Nighttripper), this recording eventually went on to take its rightful place in the annals of American music.

Even if you end up not digging it for days, everybody should at least give it a listen…sit in the dark and let your head spin around Jupiter…take a night trip through American history.