mediocre **
After splitting in 1975, Roxy returned with this forgettable release.

Atco 102
1980
released May 1980, reached #35 in US (#1 in UK)
noteworthy ***
Featuring two weird covers (“Midnight Hour” and “Eight Miles High”) and cool originals, this set, as the sleeve design suggests, was an improvement over Manifesto from the previous year. 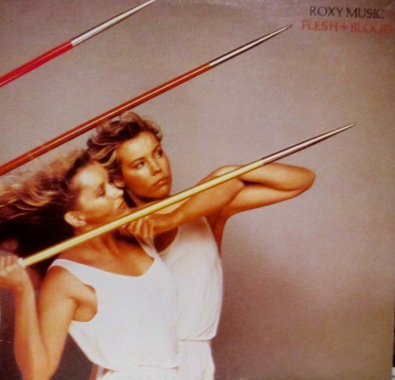 Live album (26 minutes), two covers done in their own eccentric style, this time Neil Young and John Lennon, and two originals by Ferry, the band having no problem adapting to the 80s because it was more like the 80s adapting to Roxy Music, as Ferry and the gang played a considerable part in creating the sound of that decade.  This is a worthwhile grab for fans. (And I dig that cover for days.)